Top entries and still time to come on board 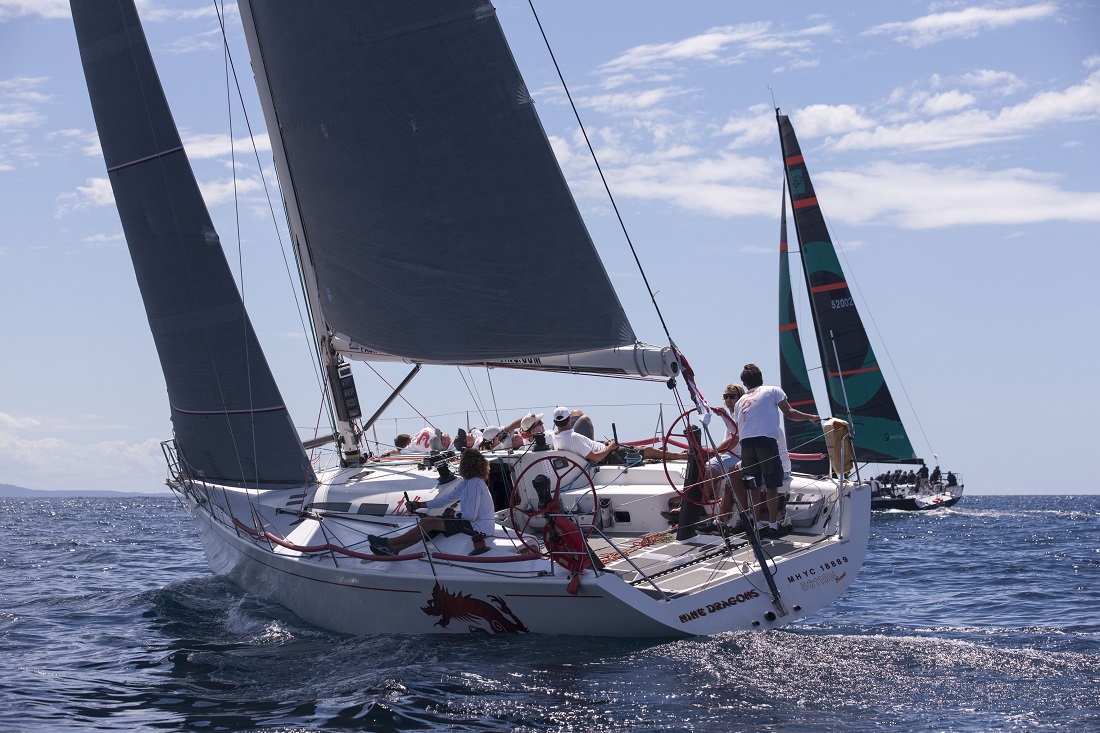 A healthy fleet of IRC/ORCi yachts is set to line up in the Premier division at the 42nd running of the Sydney Short Ocean Racing Championship (SSORC), hosted by Middle Harbour Yacht Club (MHYC) over the weekend of 23 and 24 November – and it is not too late to enter.

Among the entries are boats preparing for the upcoming Rolex Sydney Hobart Yacht Race, including Ken Holmes’ Beneteau First 45, Dreki Sunnan, John Newbold’s Reichel Pugh 51 Primitive Cool and Soozal, a King 40 recently imported from California into Sydney by Keiran and Elizabeth Mulcahy. The trio will be tested by the rest of the fleet, including defending champions.

Dreki Sunnan is the ‘local hope’, one of six Sydney Hobart entries from MHYC, where she races regularly, while Soozal is new to the Sydney sailing scene.

“Soozal has enjoyed a very successful racing career and is hoping to re-create her winning ways in a highly competitive IRC fleet. She launched in Sydney last week. I’ve only played on her in the Harbour a couple of times, but I sailed her in California. She is the only King 40 built without any budget and is the best racing cruiser around,” Mulcahy says.

“I’ve done the SSORC before though, on Astral,” he said of the yacht he won PHS Division 2 on last year. “She will be waiting at Constitution Dock in Hobart for us in December and we’ll race together at the Australian Yachting Championships in January,” Mulcahy ended.
This will be Soozal’s first major offshore racing experience on Sydney waters in the lead-up to the Hobart. Primitive Cool will have her first Sydney offshore hit out of the year, while Newbold and crew are flying in from Victoria especially for the SSORC, and their boat will be waiting.

The three will be joined by some regulars, although one, Peter Sorensen will be there with his latest boat, the newly named ‘Advanced Philosophy’, a Sydney 38. Division1’s top two from last year, Box Cox’s DK46, Nine Dragons and Darryl Hodgkinson’s Carkeek 40, Victoire, also return.

Meanwhile, the TP52 fleet has been slightly impacted by damage done in the Cabbage Tree Island Race two weekends ago, but defending champion Hooligan, Frantic, Zen, Woteva, Celestial and Gweilo are all confirmed to start when Day 1’s coastal passage race, which is combined with the CYCA Ocean Pointscore, gets underway.

MHYC is generously waiving the late entry fee for the SSORC.  The standard fee will apply until entries close at midnight on 20 November - so sign up now.

All information, including Notice of Race and entry: www.ssorc.mhyc.com.au