Sydney Short Ocean Racing Championship: Does it get any better? 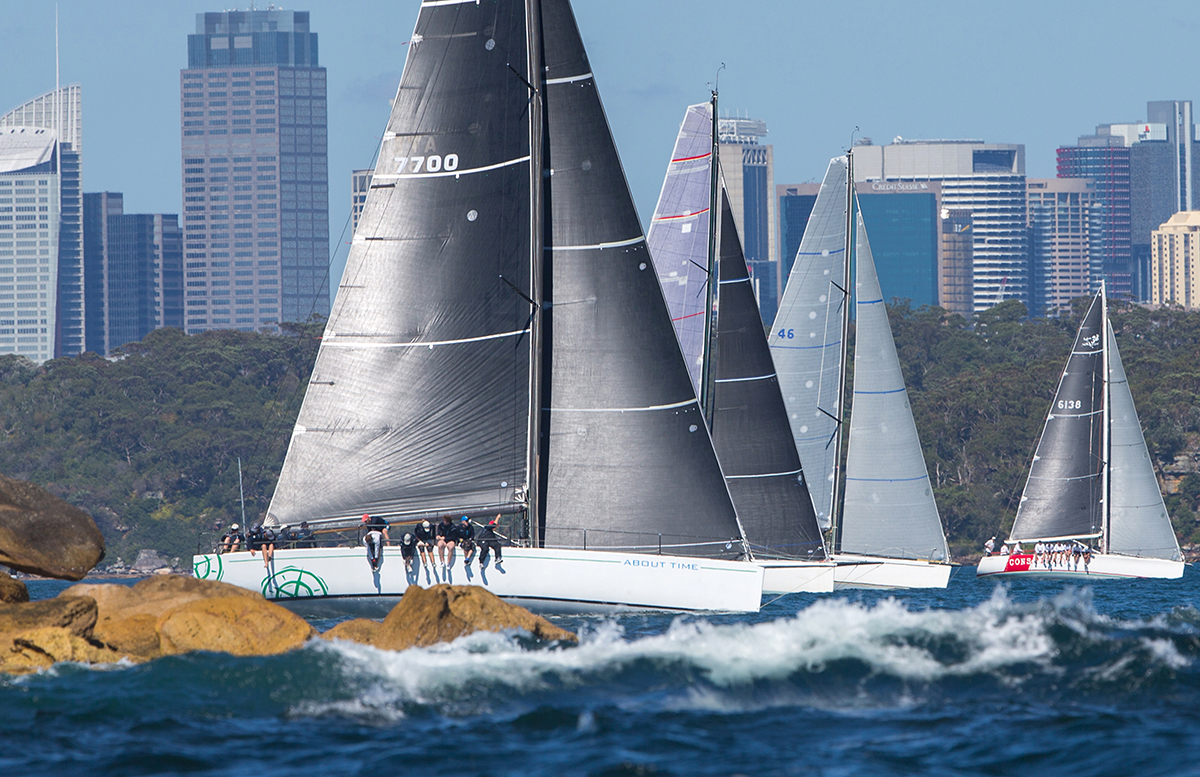 Middle Harbour Yacht Club’s (MHYC) 40th Sydney Short Ocean Racing Championship (SSORC) got away to a wonderful start on a warm sunny day that produced a light 8-10 knot breeze on the various courses.

In Division 2, MHYC yachtsmen Jack Stening and Col Gunn (Stormaway) got the jump on fellow member and perennial winner, JustADash (Phil Damp’s Beneteau First 40), light weather helping Stening and Gunn get there in the end with their Sydney 36.

“A great day’s sail in light air, which favours us, us our boat is light,” Stening said this evening. Light weather has its challenges; it requires a lot of concentration among other things. Sailing up the coast was like sailing in Paradise. We all on Stormaway talked about was a beautiful day it was and not to take it for granted.”

On beating JustADash, Stening said: “We were delighted, but we’re all friends. They nearly got us though. Early on we took advantage of the light air, but as the breeze picked up they sailed away from us. We had just enough in the end,” he said, not overstating their mere 21 second win over their friendly rival.

Stening, a regular in the Club’s major events, finished: “The organisers did a wonderful job - it’s a very well-run event.” Others concurred.

Martin Hill’s Hill PDA Racing won the Farr 40 component of the SSORC, the one-design class making its debut at the Championship. Hill has recently returned from competing at the Etchells Worlds in the US (he finished sixth) and admitted, “That helped us. You had to be aggressive, just as we did in the Etchells.”

Today he sailed this event against his Etchells tactician, David ‘Chappo’ Chapman and another regular, Julian Plante, both of whom sailed on Alan and Tom Quick’s third placed Outlaw. “I hope they’re still talking to me,” he said laughing.

A past MHYC Commodore, Hill said mainsheet hand, Darren ‘Twirler’ Jones, had told the crew to aim to finish as well as they started: “So we won the first and last races – did what the big boss told us,” he said after beating Gordon Ketelbey’s Zen to the punch by two points.

“We sailed off the Manly Circle – beautiful conditions - one of those ‘great to be alive’ days. Light 8-10 knots, with a bit of sheer – but quite consistent shifts – the current was quite strong. It was a classic start at pin end, go left, round top mark, stay left and gybe for the finish – not tactical racing. We seemed to have a speed advantage upwind.”

Gallagher detailed the course and competition: “Superb sailing on Sydney Harbour - as always - for a classic MHYC feature event. We enjoyed some steady but flicky breeze all the way to Cockatoo Island, especially as we went through the usual washing machine under Sydney Harbour Bridge.

“We had gusts up to 20 knots as we came around Cockatoo and mastered the headsail peel – then had to depower quickly. The rest of the way to the finish was a hard slog. Then we saw the Fine Cotton cowboy (Mike Logan’s Fine Cotton) with his asymmetrical kite coming up behind us. We sailed home at 7 knots and beat them,” he said laughing.

Racing concludes with a single ocean tomorrow. For the first time the Club is introducing a hybrid course of laid and virtual marks to provide competitive racing for all types of boats.

All Photos by Crosbie Lorimer 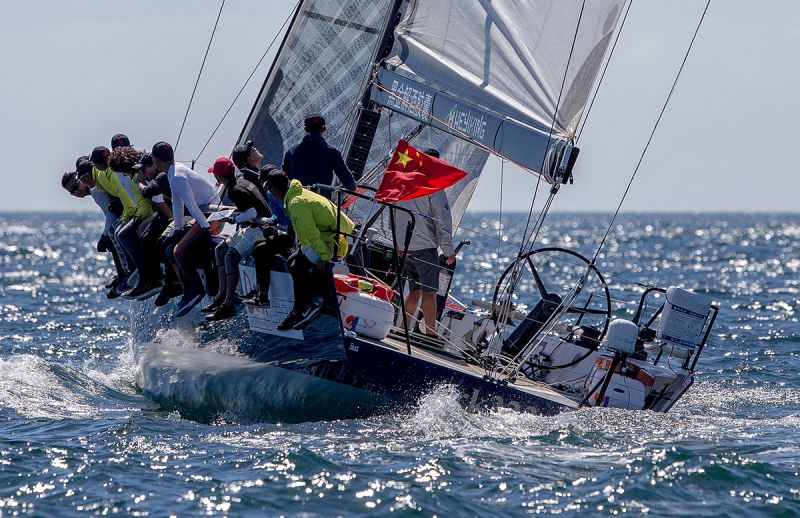